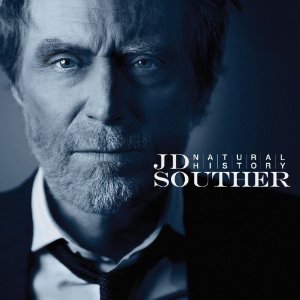 John David Souther's musical legacy is certain. Getting his start on projects with Glenn Frey and Jackson Browne, and being part of the Souther Hilman Furay band before starting a solo career, Souther is probably best known for his well-crafted songwriting abilities in the field of country rock. Souther influenced a generation of this country's greatest musical names: The Eagles, James Taylor, Linda Ronstadt, Bonnie Raitt, Roy Orbison, just to name a few.


If you don't know JD Souther, you surely know his songs. In the renaissance of popular songwriting that occurred during the 1960s and '70s, his name looms large as one of the chief architects of the Los Angeles scene, writing or co-writing hits such as:

The Eagles: "Best of My Love", "Victim of Love", "Heartache Tonight", and "New Kid In Town"
James Taylor: "Her Town Too"
Bonnie Raitt: "Run Like A Thief"
Linda Ronstadt: "Faithless Love," "White Rhythm And Blues"

He also sang duets with Ronstadt on "Hasten Down the Wind," "Prisoner in Disguise," and "Sometimes You Can't Win."

His biggest hit as a solo artist was his 1979 Orbison-influenced song "You're Only Lonely," which reached number 7 on the Billboard charts.

On "Natural History," Souther's second release after a hiatus of almost 25 years, the artist provides us with renditions of 11 songs that were originally recorded by other artists.

While listening to this disc, it becomes obvious that Souther does what he does for a living because it's in his blood. His calling is evident in his lyrics, arrangements and vocal harmonies. His craft is difficult to articulate, the songs laced with intimacy and providing unique evidence of a major songwriting talent.

Stand-out tracks include "You're Only Lonely," "New Kid In Town," "Best Of My Love" and " I'll Be Here At Closing Time."

An album that should please old fans and newer ones alike.


BEST OF MY LOVE (acoustic live)