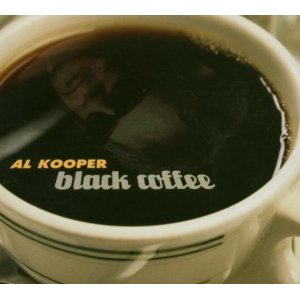 Al Kooper, along with Leon Russell, belong to a select group musician-composers whose mark in popular music is indelible although they never achieved the commercial success you would have expected based on their talent. His resume is impressive: Kooper is not just part of rock's history, he helped shape it.. Kooper founded Blood, Sweat & Tears back in the sixties, although he left after their first album. Kooper was also known for legendary jams with Michael Bloomfield, and supporting that Dylan feller when he pissed off the folkies and went electric (remember that organ riff in "Like A Rolling Stone?"). Later, Kooper found success as a producer (Lynyrd Skynyrd, The Tubes) and kept busy as a session musician, playing on hundreds of records. Finally, Kooper taught songwriting and record production at the Berklee College of Music in Boston, which is where our sordid tale begins.


While at Berklee, Al Kooper assembled a new band comprised of fellow instructors, dubbing them The Funky Faculty. Al and the band cut the majority of this album, Black Coffee, live without overdubs to capture their spontaneity. The 14 tracks on Black Coffee, nine originals and five covers, lyrically deal with the harsh realities of life (hence the album title) and musically open a window into the sounds that have touched him throughout his storied career, from Motown to the blues.

The Funky Faculty are an airtight band, with skill, soul and a tight connection to the music that makes it shine, and the background singers are extraordinary. Kooper's vocals are imperfect, yet that makes them sound perfect on this release.

For many years his presence and influence has been limited, in part due to his frustration with the music business (his autobiography is called "Back Stage Passes & Backstabbing Bastards"). Black Coffee may be Kooper's most solid release since that legendary first Blood, Sweat and Tears album so many moons ago-a glorious return to form..