Clarence Clemons, the saxophonist who has played for 40 years with Bruce Springsteen and the E-Street Band, has suffered a serious stroke, according to a Springsteen fan Web site with close connections to the band and tweets by associates of Mr. Clemons. The site, Backstreets.com, said that Mr. Clemons, 69, had undergone two brain surgeries at a hospital near his home in Florida after the stroke, which was described as “massive,” but is “responsive and in stable condition.” 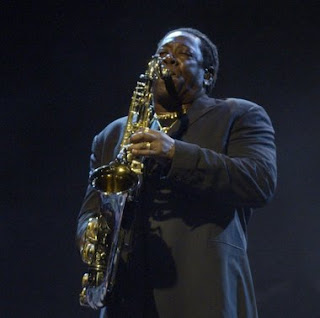 Quoting an unnamed friend of Mr. Clemons, the site said the saxophonist’s situation “did not look good at all” on Sunday, but that Mr. Clemons, known as “the Big Man,” had rallied and his vital signs were improving. “He was paralyzed on his left side, but now he’s squeezing with his left hand,” the account said. “The next five days will still be critical. But he’s a fighter.”

Though Mr. Clemons is a mainstay in the Springsteen band, so much so that songs like “Tenth Avenue Freezeout” refer explicitly to him and he is a focus of the group’s live shows, he has been getting attention lately because of his work on the new Lady Gaga album, “Born This Way.” This morning Lady Gaga tweeted that “my very close friend + musician on The Edge of Glory, Clarence Clemons, is very sick. Can we all make some get well videos?”

Drummer and music industry executive Narada Michael Walden, whom Clemons has called a close friend and spiritual adviser, replied to an e-mail query today about Clemons by responding, “Love and prayers to the Big Man! He is our Hero!”

Mr. Clemons has also worked with artists as diverse as Ringo Starr, Aretha Franklin, Joe Cocker and Roy Orbison, had a hit single under his own name with “You’re A Friend of Mine” in 1985 and performed in films and on television. On his Facebook page, Mr. Clemons’s nephew Jake, also a saxophonist, made this statement to fans today: “Please do not lose hope!”