CAREFUL YOU DON'T GET STUNG 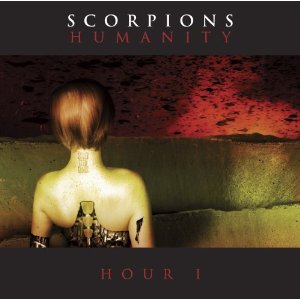 Reprinted from the DiscConnected MySpace page

A scorpion is an arthropod with eight legs. I sometimes find them in my garage (I live in Phoenix), and if they sting you it kicks your butt.

Scorpions are a hard rock band from Germany who have been kicking butt in the music world since 1972, with anthems like "Rock You Like A Hurricane" and "No One Like You." They have sold over 70 million records in their career. Contrary to common usage, the band's name is "Scorpions," not "The Scorpions." Make a note of that. And while you're taking notes, you may want to jot down that the new Scorpions album is a five-star release.

Like the aforementioned eight-legged critter, this CD stings hard and will kick your butt. Sometimes all the pieces fall neatly into place, and with this record, after a few not-so-spectacular albums, Scorpions got it all in the right place at the right time.

Helping out on songwriting detail are Eric Bazillian (of The Hooters fame), Russ Irwin and Billy Corgan, and it pays off-not since the Savage Amusement album has a Scorpions record had so many songs of such high quality.

Produced by the legendary Desmond Child (Bon Jovi, Meat Loaf among many others), this album delivers. I did not have high expectations because their last few had been middle-of-the-road. Solid, but unspectacular.

This effort mixes their old-school AOR melodies with a bit of a modern edge and still rolls it into a classic eighties commercial style that manages to sound fresh. Child proves once again that he has the ability to bring out the best in a band with an updated guitar sound and masterful production for a sound only a master behind the board could achieve.

Sometimes a band just nails it, and this is one of those times. Run out and buy it, or you just may find a scorpion in your garage.

WE WERE BORN TO FLY