GET YOUR HANDS ON TODD'S JOHNSON 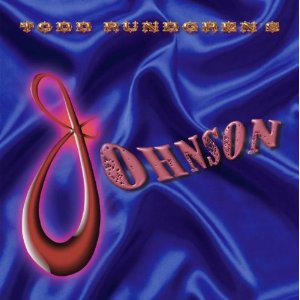 I've been talking about this one for more than a year, and while it was released a week ago, I'd already had my running order set for the A to Z 'fest, so I'm reviewing it late.


But what the heck? It's been months since the tour ended, anyway.

Legendary blues man Robert Johnson was described by Eric Clapton as "the most important blues singer that ever lived." Todd Rundgren's Johnson is a wonderous album of reinterpretations of a legend's music by a modern legend, as Todd Rundgren and band recreate the songs that have made Johnson a legend one hundred years after his birth. Although he recorded only a small number of songs during his short life, those who know nothing of Johnson will recognize some of the songs from other covers, certainly everyone will recognize 'Crossroads' from the Cream/Clapton version.

Todd, accompanied faithful companion Kasim Sulton on bass, gives Johnson's acoustic originals a heavy blues-rock, guitar-based interpretation, with plenty of passion in the vocals and the guitar. He's lost none of his guitar chops, and for those who enjoy simple, nasty blues riffs overlaid with shredding solos, this is for you.

These songs are pretty much straight ahead rock covers (Todd covers Clapton covering Johnson), but they do not disappoint. All of the tunes are presented in a similar way, and those looking for something uniquely Todd or cutting edge may be disappointed. Those who want to hear him pick up his guitar and rip through a set of blues classics won't be.

These are not "faithful" covers of the Robert Johnson songs, but I am not sure I would have liked an entire disc of TR acoustic blues, although one or two would have been pretty interesting to hear TR interpret. If you like rockin' blues a la Tommy Castro and George Thorogood, I'd give this a listen. All Todd die-hards probably have already picked this up, but if not, what're ya waiting for?

If you're a Todd fan-buy it.

If you're a blues fan who likes his or her blues with a rock edge-buy it.

If you like the RJ acoustic blues, this may be a little loud for your preference, although Todd probably needs the cash, so I still say buy it!

Hellhoud On My Trail (live clip)