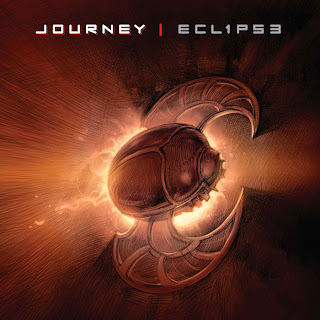 Journey is set to release Eclipse, their fifteenth studio album, which shows the band at the peak of their creative juices, truly regenerated after the blistering success of their last studio album Revelation.

"I'm in love with this record, which I haven't said about one of our albums for a long time," says founding member and lead guitarist, Neal Schon, "It's a rock record and it sounds amazing."

In an interview with the Las Vegas Review-Journal, keyboardist Jonathan Cain recently described Eclipse as "a concept record with some spiritual themes to it…pretty tough, hard-hitting stuff."

Jonathan continued, "We just felt like it was time to send a message to the world about how we feel about life in general."

Eclipse releases May 24 at WalMart.