RETURN TO THE DARK SIDE OF THE MOON 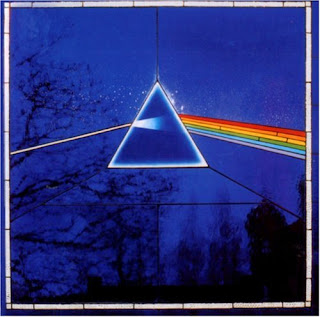 EMI will launch its massive Pink Floyd release campaign Sept. 26 with “Discovery” editions of the band’s 14 studio albums. Also due out that day will be expanded editions of “Dark Side of the Moon” — a six-disc “Immersion” CD/DVD/Blu-ray/memorabilia boxed set and a two-disc “Experience” edition (which EMI describes as pairing a classic album with related content “to offer a deeper listening experience”).

CDs, DVDs, Blu-ray discs, vinyl LPs, SACDs, digital formats, iPhone apps and a brand-new single-album and best-of collection are all part of the effort. Super-deluxe box sets, which will contain unreleased tracks, alternate takes, restored live concert screeen films and a live recording of the band’s 1974 “The Dark Side Of The Moon” performance at Wembley.

“This is a unique collaboration between EMI and one of the most creative and influential bands in history. We have worked together for more than a year on this program which incorporates all the elements that have made Pink Floyd one of the most inspiring forces in modern music. Why Pink Floyd? Because their music is without equal and these exciting new releases will allow music fans to rediscover their incredible legacy and demonstrate that an appreciation for artistic quality never goes out of fashion,” said EMI Group CEO Roger Faxon.

Pink Floyd film archivist Lana Topham supervised the restoratio of many historic films from the band’s classic era, which will be included in the Immersion box sets for “The Dark Side of The Moon” and “Wish You Were Here.”

That’s just one phase of EMI’s “Why Pink Floyd … ?” campaign. It continues Nov. 7 with the Wish You Were Here ‘Immersion’ 5-disc and ‘Experience’ 2-disc editions, both of which will include bonus material from the band’s 1974 Wembley dates, including a 20-minute tour de force live rendition of “Shine On You Crazy Diamond,” as well as a unique recording of “Wish You Were Here” featuring jazz violinist, Stephane Grappelli. A collectors’ vinyl LP will also be available, as will various digital formats. 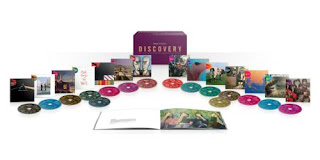 Released simultaneously will be “A Foot In The Door – The Best Of Pink Floyd” a collection of the band’s best-known songs, contained on one album for the first time. The long-awaited 5.1 version of “Wish You Were Here,” mixed by James Guthrie, will also be released via independent label Acoustic Sounds.

Look for seven-disc “Immersion” and three-disc “Experience” versions of “The Wall” on Feb. 27, 2012. A collectors’ vinyl LP will also be available, as will various digital formats.

“We have worked together for more than a year on this program, which incorporates all the elements that have made Pink Floyd one of the most inspiring forces in modern music,” said EMI Group CEO Roger Faxon in a press release issued May 10.