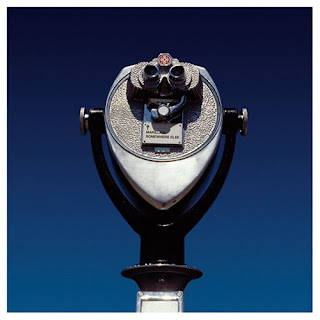 Marillion spent their career in the '80s carving out a niche in the resurrected prog movement of the period, aping much of the territory that Genesis, Yes, and Gentle Giant had already covered so well a decade before.

By the end of the decade, things would change drastically with the departure of their lead singer, the poetically-gifted choke-throated Fish, who would be replaced by Steve Hogarth, who brought to the band a more traditional pop-rock style of singing - not to mention the sensibilities of such a singer.

They would issue several albums during the 90's, including the critic and fan favorite Brave.

Pioneers in using the internet to connect with fans, they would leave major labels behind and strike out on their own.

They would make history by being the first band to have fans sponsor a North American tour, and by having fans pre-order albums before the writing process had started in order to fund the recording process.

And they would release Marbles in 2004, considered by many fans to surpass even Brave as their greatest effort.

The amazing two-disc Marbles promised to be a hard act to follow, and all ears were curious to hear their attempt to follow up what may have been the unexpected peak of their 25 year career.

Somewhere Else follows it up quite nicely.

As with many Marillion albums, Somewhere Else requires several listens to fully appreciate. I was disappointed the first couple times, but the music has a way of getting into your heart and soul if you let it.

This one is more song-oritented and less proggy/conceptual. As always, Marillion avoid repeats of past formulas, always changing, growing and PROGressing, while demonstrating superb musicianship and creativity.

Give "Somewhere Else" a chance and listen to the songs all the way through....so that you can fully digest and appreciate the complexity, beauty, mystery and mastery of their music.


Most Toys
The Last Century For Man (live)

In case you didn't know, Snapper released deluxe version reissues of Marbles and Somewhere Else last month, with hardcover book style binding and unreleased photographs and liner notes. They even reissued a vinyl edition of Marbles.