THE GREAT PIG IN THE SKY

London commuters were bemused Monday morning when, as promised, a new pig was floated above Battersea Power Station to mark the launch of the 'Why Pink Floyd?' campaign of 2011 remasters and collectors' editions. 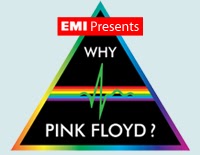 The Animals sleeve was recreated with the 2011 version of 'Algie' (the original has been put out to pasture) successfully inflated under grey skies, to amaze and astound passers by.

As noted in my May 13 post RETURN TO THE DARK SIDE OF THE MOON,  EMI's massive Pink Floyd remastered edition campaign kicked off Tuesday in the US and  includes basic “Discovery” editions of the band’s 14 studio albums in digipacks with original album art  and expanded booklets, as well as a box set of all 14 albums.

Also released Tuesday are an expanded two-disc"Experience edition' of  Dark Side of the Moon, as well as a 180 gram vinyl pressing.

Finally, for you crazy diamonds, a six-disc “Immersion” CD/DVD/Blu-ray/memorabilia super-deluxe box set was released containing unreleased tracks, alternate takes, restored live concert screeen films and a live recording of the band’s 1974 “The Dark Side Of The Moon” performance at Wembley. 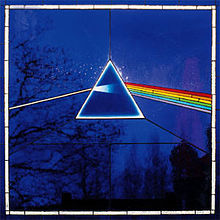