Here are some of the albums that are coming to stores near you over the next several weeks... 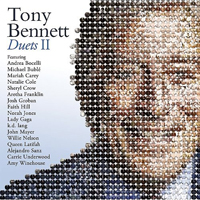 Duet partners on the sequel to Bennett's "Duets: An American Classic" include Mariah Carey, Lady Gaga, Carrie Underwood, Natalie Cole, Aretha Franklin, Michael Bublé, Sheryl Crow, Faith Hill, Willie Nelson, Josh Groban, Norah Jones, k.d. lang, John Mayer and Andrea Bocelli. But the track that has gotten almost all the hype surrounding Bennett's latest effort is a duet on "Body and Soul" recorded with the late, great Amy Winehouse. It's apparently her last recording. Bublé told Billboard, "The correlation between all of us is that we idolize (Bennett). He's an icon, and he's still doing what he does better than anybody else." (Due Sept. 20) 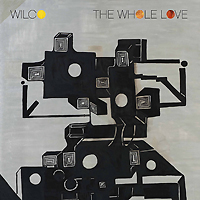 Earlier this year, Jeff Tweedy talked to Rolling Stone about Wilco's eighth studio effort, back when the title was still "Get Well Soon Everybody." "There are two strong threads of material," he said, "one being a little weirder - snot-nosed obnoxious pop songs - and the other more languid, atmospheric-country music." Then, lead single "I Might" made its way across the blogosphere and it was more suggestive of some great lost Motown single topped by cryptic Tweedy lyrics, classic '60s organ, speaker-rumbling fuzz bass, glockenspiel and guitarist Nels Cline doing things no Motown house producer would have sanctioned. There was something snot-nosed obnoxious about the production, though, which felt a bit like Spoon's "Transference." Rolling Stone described a track called "Art of Almost," saying it "starts with shadowy electronics, gently turns into a haunted vocal section, then sprints into a Krautrock-style blowout," which sounds suspiciously like what these guys were doing on "A Ghost Is Born." (Due Sep. 27) 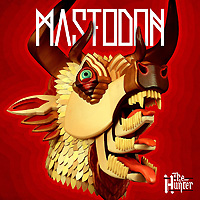 Produced by Mike Elizondo, whose credits range from Dr. Dre and Eminem to Rilo Kiley, "The Hunter" is their long-awaited follow-up to "Crack the Skye," among the more ambitious metal albums of the century. Drummer Brann Dailor told AOL's Noisecreep that this one "doesn't seem as proggy." There are prog moments, he said, but the overall vibe is more stripped down and riff-oriented. Dailor went on to compare it to 2004's "Leviathan," adding, "It seems like a really super-heavy Led Zeppelin or something. It has a lot of that (John) Bonham-esque groove to it, but really heavy and dark. I really like playing like that, and when it goes into those parts, I'm psyched." (Due Sept. 27) 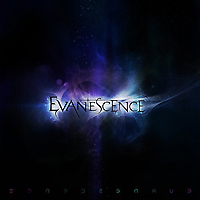 It has been five years since Evanescence hit the charts at No. 1 with a double-platinum sophomore effort called "The Open Door." Singer Amy Lee told MTV News to expect something painful and desperate on the new disc, saying, "It's epic, it's dark, it's big, it's beautiful ... all of those things." They've called the album "Evanescence," Lee said, because "It's about the band; it's more of a band record. But I started thinking about it, and it's also that this whole record and the lyrical content and a lot of the things that it's about to me is about falling back in love with this thing, with Evanescence, with what I've obsessed over for a decade, longer than that." They recorded in Nashville with producer Nick Raskulinecz, best known for his work with the Foo Fighters. (Due Oct. 4)

Chris Isaak, "Beyond the Sun" (Vanguard) 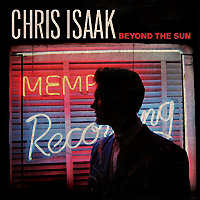 The title is a reference to Sun Records, legendary Memphis home to Elvis Presley, Johnny Cash, Jerry Lee Lewis, Carl Perkins and so on. Isaak recorded more than 40 songs associated with the label and those artists at the actual studio, enough to fill three albums, "If I had to be in a life-or-death situation," he told Billboard, "or on a game show or quiz show or something and they said, 'Pick your category. What do you know about better than anything else?' I'd have said Sun Studios. Those guys - Elvis, Johnny Cash, Roy Orbison, Jerry Lee Lewis - that's what I'm made of. That's in my DNA. So to go in there and do this was pretty special." Titles include "Ring of Fire," "Walk the Line," "Great Balls of Fire," "Can't Help Falling in Love," "Trying to Get to You," "It's Now or Never" and "I Forgot to Remember to Forget." As the singer told Billboard, "The common link to all the songs is they're all by somebody that (Sun founder) Sam Phillips discovered and recorded. What we tried to do is show you here's what they recorded at Sun, then maybe pick another couple of songs from later in their career. So with Roy Orbison, for instance, we might go from 'It's a Weak Man That Cries' or 'My Baby's Gone,' and the next thing we'll have is 'Oh, Pretty Woman.' So it's kind of showing where rock and roll started and what it grew into." (Due Oct. 18) 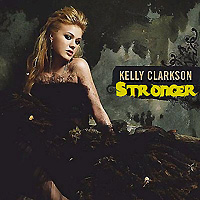 (file this one under guilty pleasure)


Two years have passed since Clarkson topped the album charts with "All I Ever Wanted," priming the pump with her catchiest single since "Since U Been Gone," the chart-topping "My Life Would Suck Without You." America's first American Idol started working on material for "Stronger" while on tour in late 2009, telling listeners of Chicago's KISS-FM (103.5), "The next record is probably going to be really different" and getting more specific on Atlanta's Q 100, where she said, "It's almost like Garbage-meets-pop-meets-Muse." The leadoff single, Mr. Know It All," was released Aug. 30. (Due Oct. 25) 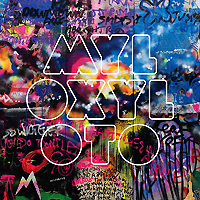 Last time out, they topped the Billboard album chart, went double platinum and took home best rock album at the Grammys for "Viva la Vida or Death and All His Friends." How do you follow that? Chris Martin told BBC News their latest effort is a concept album "from the point of view of two people who are a bit lost - two like-minded outsiders who meet in a very difficult environment and therefore have a journey together." And speaking of journeys together, this one found them working on material with Brian Eno. A lead single, "Every Teardrop Is a Waterfall," has cracked the Top 10 on Billboard's Alternative Songs and Rock Songs charts. (Due Oct. 25) 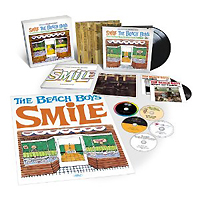 (Stephen T. McCarthy will be glad to hear about this)

First, it was the Great Lost Beach Boys Album, "a teenage symphony to God" derailed by Brian Wilson's breakdown while trying to top what he had done with "Pet Sounds." Then, in 2004, against all odds, Wilson finished the album and released it as a solo effort, topping critics' year-end lists. Now, the Beach Boys' original studio recordings are being used to piece together an official "Smile" release. Mark Linett, who engineered the Wilson "Smile" and co-produced this latest project, told Billboard the goal was to present "the whole piece as close to as it was envisioned, or as is envisioned, as possible ... and obviously with input from Brian and from everybody else."

In a statement issued through the label, Wilson said, "I'm thrilled that the Beach Boys' original studio sessions for 'Smile' will be released for the first time, after all these years. I'm looking forward to this collection of the original recordings and having fans hear the beautiful angelic voices of the boys in a proper studio release." Three versions will be made available: a two-CD set, an iTunes LP digital album and a limited-edition boxed set containing four CDs, two vinyl LPs, two vinyl singles and a 60-page book by Beach Boys historian Domenic Priore. (Due Nov. 1) 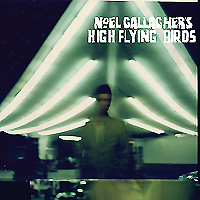 This is the first we've heard from Gallagher since he split with Oasis in August, 2009. The album features 10 new songs and was produced in London and Los Angeles by Gallagher and Dave Sardy, whose credits include the Oasis album "Dig Out Your Soul." Among those backing Gallagher are former Oasis keyboard player Mike Rowe, Lemon Trees drummer Jeremy Stacey and session percussionist Lenny Castro, who's played on records by the Rolling Stones and Stevie Wonder. At a press conference, Gallagher described the sound this way: "Some of it's vaudeville, some if it's space jazz, some of it's Krautrock. And that's just the first track." (Due Nov. 8)