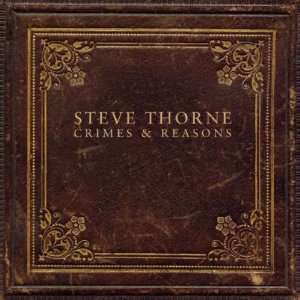 
Steve’s music is mature and melodic, with some melodic rock & pop-rock features, nowadays without losing that prog, atmospheric background.
Weaving in some of the less complicated & more tuneful aspects of Marillion, Pendragon, Spock’s Beard, Porcupine Tree, It Bites, Arena and IQ… Steve manages to deliver amazingly beautiful songs. The production is very clear and rich… excellent by any means.


It may be too much to say that this is his strongest effort to date, but when listening to this album one can’t escape the delightful warm pictures it creates when you dive into it.
If you like prog rock music with melodic rock & pop-rock passages then “Crimes & Reasons” will surely make your day.