Somehow, this has turned into a Seger Sunday. 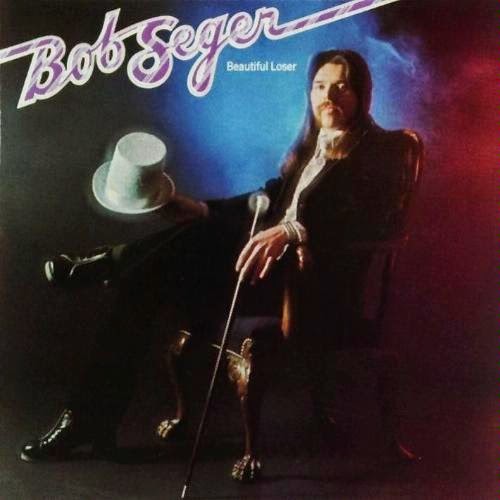 Yesterday, while continuing my never ending project of uploading music to the cloud, I came across Bob Seger’s Beautiful Loser album.

Two albums later would come Seger’s massive breakthrough with Night Moves, but you can see where this album had the signs of something big coming.

I played it through twice (last night and this morning), am on my third spin, and it really is an amazing album.

In his Amazon review, Stephen T. McCarthy refers to Beautiful Loser as a “lost classic,” and I think that term captures the album perfectly.

It is a great album that, for some reason, did not get the exposure that “Night Moves” did, although the title track still gets radio play some forty years on.

This album certainly set the stage for Seger’s massive success, and is paced well, with driving rock anthems, bluesy rock cuts and the obligatory ballads.

Speaking of ballads, why a song like “Jody Girl” was overlooked by radio is beyond me.

Again I’ll quote McCarthy-this “is not just one of the most tender ballads ever written, it's one of the saddest.”

“Katmandu” and “Travelin’ Man” were Philly radio staples (in addition to the title track), but only after the success of “Night Moves,” although Katmandu did just miss the top 40 (#43) and received strong airplay in markets other than Seger’s home town of Detroit.

As I type this, I am finishing my third listening, with the closing notes of “Fine Memory” accentuating these keystrokes. And while this album brings back a lot of memories, it still stands up.

If you don’t own this one, and you like rock and roll, you should grab it while it’s still in print.

I have more Seger to talk about, but I think I'll save it for tomorrow and give you all time to listen to these cuts.