BACK TO THE SWAMP 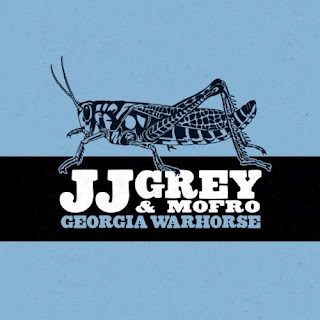 Georgia Warhorse, the new release from JJ Grey and Mofro, is named after the resilient Southern lubber grasshopper. "Yellow and black, and tough like an old-school Tonka toy," says JJ. "They seem so at ease with the world. Nothing seems to rile them. They're in no hurry but they have a kind of resilience because they just keep coming back and I've always felt there was a lesson in there for me to learn."


Grey could be described in such words; his own career has grown over the course of a decade of winning over fans night after night. Grey returns with eleven new original songs including one co-written with songwriting icons Chuck Prophet and Angelo Petraglia (Kings of Leon). Also joining JJ for a track on this album is Grey's long-time musical hero and reggae icon Toots Hibbert, and fellow Jacksonvillian Derek Trucks on another. Basically, Mofro went back to what it knows best, a blend of blues, rock, soul, gospel, and country that may be best called "Swamp Soul." Whatever you call it, it works, an eclectic style that is impossible to categorize. The voice, the music and the lyrics are rich with blues and soul, with a nice rootsy overtone. Not a new sound for sure, but one that'll fit most listeners quite nicely.

Check out a sound clip here.