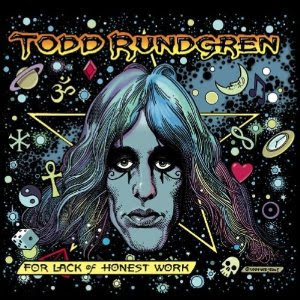 I purchased "For Lack Of Honest Work" at the merchandise table at the Akron "Todd/Healing" show. How could I pass up a chance to make small talk with Todd's wife and son? And I was pre-ordering the Toddstock DVD anyway, so while I had the credit card out...

The sound quality is good and there is good variety, although this collection teases the listener who will want the full concert performances. A fair amount of these recordings are represented by those earlier "bootleg" series, so die hard fans (who else is buying this collection) already have them. Fortunately, the three CD set is reasonably priced, so the listener gets a fair amount of new material for the price (although I pretty much had everything on various radio shows I'd recorded and "import" releases (ok, bootlegs-I've still bought every legitimate recording Todd's appeared on three or four times).

Hopefully this will develop into future releases and not go the way of the rumored "Artifacts" box set, the AWATS dvd, etc.

Todd is a genius, but sometimes his attention span causes him to abandon projects and leave money on the table. His fan base isn't getting any younger, either. He ought to release product now while we've got incomes.