JUST A LAD FROM LIVERPOOL 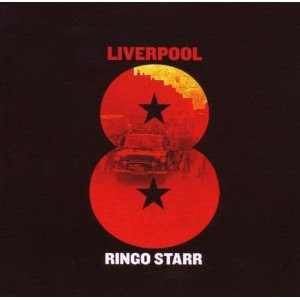 Ringo has been on somewhat of a roll lately, with a recent best-of compilation, "Photograph" showcasing blasts from his past (pun intended) and this new album celebrating all things Ringo from his musical wit and cheer to his commitment to the Sixties ideals of peace and love.


Referring to the neighborhood where he grew up, ""Liverpool 8" shows the reflective side of one of rock and roll's most beloved icons, as well as a rock star who is in his twenty-sixth year of marriage and still a romantic.

Only Ringo Starr could get away with a lyric like: "When I look back / It sure was cool / For those four boys from Liverpool?" The wrap-up line is from the title song from the drummer's autobiographical 14th album, and while it won't win any songwriting accolades, when you ask for Ringo, it's Ringo you get.

Producer Dave Stewart heaps on the gloss with a technique similar to that of Jeff Lynne (who helped Harrison stage his '80s comeback and recorded the two "new" Beatles tunes the following decade), giving Starr's songs an old-friend quality.