G LOVE’S GOT THE BLUES 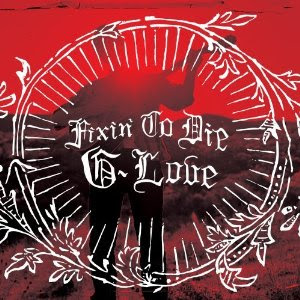 After years of chasing after mainstream success, G Love (Philadelphia’s Garrett Dutton) delivers Fixin’ To Die, an album that gets back to basics in more ways than one. Produced by Scott and Seth Avett (of The Avett Brothers fame), the album incorporates roots elements and acoustic delta blues styles, setting aside the R&B and hip-hop influences that are the hallmarks of previous G Love And Special Sauce releases.


The Avett's production suits the song selection, a collection of rearranged traditionals, a classic pop cover, and a slew of G. Love originals that capture the roots sound G. Love has cultivated over his entire career but never fully embraced until now.

Thematically touching on the lonely and weary side of life on the road and a longing for home, the lyrics are also among Dutton’s most mature to date.

In a Relix magazine article, Dutton said he’d been ready to make this album for 25 years. G-what were you waiting for? Recommended.

PS-Just wanted to thank everyone who participated in the Super 8 Debut Albums blog-hop yesterday. Everyone's lists either reminded me of something I forgot to include or gave me someone to give another listen to! Hope it was as enjoyable for everyone else as it was for me!