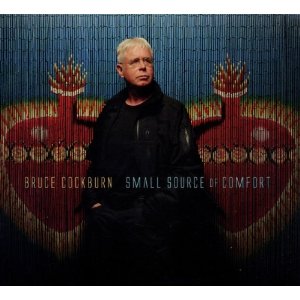 As both a songwriter and a guitarist, Bruce Cockburn is considered among the world s best, and he has been called a virtuoso on guitar, placed in the esteemed company of Andrés Segovia, Bill Frisell and Django Reinhardt. His songs have been covered by such diverse and talented artists as Jimmy Buffett, Judy Collins, Anne Murray, Chet Atkins, k.d. lang, Barenaked Ladies, and Jerry Garcia.


While it may not be up to the level of his late seventies and eighties work, I am pleased to see Bruce returning to an acoustic sound with rich instrumentals, and lyrically not as dark and angry as some of his more recent works, but also somewhat less profound and spiritually thought provoking than the early days.


I normally do not do a track-by-track analysis, and will not here, but a few bear a mention. SSOC opens up with the catchy "Iris Of The World," an infectious song with great Bruce wordplay that echoes "How I Spent My Fall Vacation" from Humans, some three decades hence..

The second song, "Call Me Rose," is the single, written from the viewpoint of Richard Nixon who has been reincarnated in the body of a single mother living in the projects, that captures a feeling of resignation and perhaps even a chance at redemption.

Is this his last album?

Bruce is 66 years old, an age at which most other professions retire. He has certainly given us nine strong lyrical songs and five solid instrumentals, so the old dog has some new tricks left!


Bruce once said "Everything that exists in time runs out of time one day." If this his time has run out, he has certainly left behind a vast musical legacy.

I could not find any sound clips, except for the samples on Amazon here.