DON'T WE ALREADY HAVE A DYLAN? 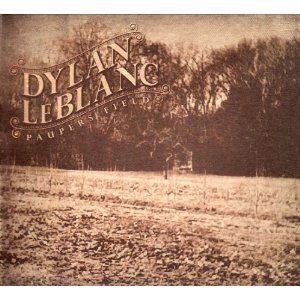 Dylan LeBlanc is a young session player from Louisiana with a voice which made me think of a cross between Ryan Adams and Drive By Trucker's Patterson Hood. On LeBlanc's debut album, Pauper's Field, the carefully sculpted songs and rich well of country soul bring to mind the era of Alabama's fabled Muscle Shoals sound.


A nice blend of country, rock and folk, with arrangements that remind me of Harvest-era Neil Young, melancholy vocals and an emphasis on songwriting. The cover to "Paupers Field," like an old Civil War photograph, hints at the classic country rock to come, and you can hear the influence of Adams, Young and Townes Van Zandt in the grooves.

While LeBlanc is not breaking new ground, the songwriting really shines here, with personal and poetic lyrics that stand out in front of the understated arrangements-I know it's a cliché, but there's not a bad song on this album.