THE ALBUM THAT CHANGED THE SYSTEM 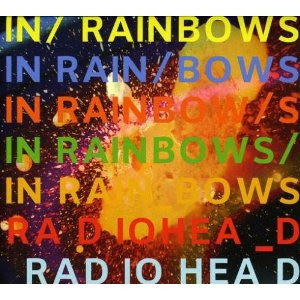 By now everyone reading this should know how Radiohead released their latest album, "In Rainbows," without being signed to a major label as a download-only album, asking their fans to pay them "what they feel is fair."


Crazy? Maybe not. Radiohead has about a million die-hard fans, many of whom will probably order the limited edition package at forty pounds sterling. Many more will certainly pay at least the suggested price for the downloads (interestingly enough, according to a Billboard article, a couple of artists who have sold their work in a similar manner actually averaged more per unit than their suggested price).

The music is as inspiring as the band's refreshing business model. While many of the songs are sonically sparse when compared to their more guitar-rock oriented work, this stripped down approach makes the material feel more human.

One lyric has Thom Yorke singing "I'd be crazy not to follow/follow where you lead." Musicians are watching to see how this ends financially up for Radiohead and are thinking the same thing.