RPWL
BEYOND MAN AND TIME 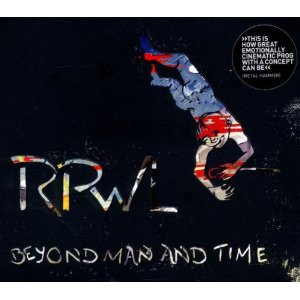 RPWL have been one of the most impressive, albeit underrated modern progressive bands in recent years. Using several tricks from the Pink Floyd playbook, the band adds a modern update that makes the sound contemporary.


Beyond Man And Time opens on an ambitious note, with a cinematic quality and a narrative concept, with intelligent songwriting and clear production.


The album’s conceptual narrative is somewhat abstract, with a title derived from Nietzche and undertones of Porcupine Tree woven into songs about distinct ideologies filtered through the band’s introspective style.


RPWL was originally a Pink Floyd tribute band, and the performance recalls that band, although their own sound comes through strong enough to carry the album on its own merits. Plenty of long songs with memorable melodies that should satisfy prog fans.


At seventy minutes, the album is a little long, but if you have the endurance, it is worth the listen.
UNCHAIN THE EARTH