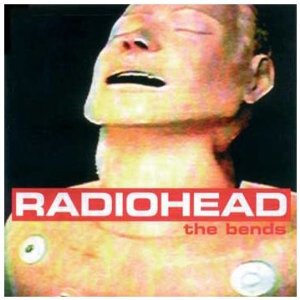 It seems like on every list of great albums of the last twenty-five years, Radiohead's "OK Computer" gets the nod. Somehow, "The Bends" gets lost in the shuffle. I know you're supposed to rave about "OK Computer" if you want to seem cool and hip, and it is a good album, but it's not the best introduction to the band.


In my humble opinion, "The Bends" is Radiohead's most accessible album. Dare I go against the conventional wisdom and say it surpasses the Grammy-winning "OK Coputer?" Dare I say it is their BEST album? I double-dog-dare it!

The album is a richly textured collage of swirling guitars and multi-layered instrumentation that tips it's hat to the seventies' progressive bands with a modern twist.

This album is a classic, with Yorke's lyrics at their most comprehensible and his singing at it's most passionate. Songs like "Fake Plastic Trees" and "High & Dry" soar to heights that would make U2 a little dizzy. Greenwood makes excellent use of spacy guitar and keyboard effects to add mood.

All in all, this is a great rock album that makes an excellent first listen to Radiohead for the new listener. For die hards who spent $80 on the "In Rainbows" discbox (I did), listen to this one again for old times sake!