BLUES THROUGH AND THROUGH 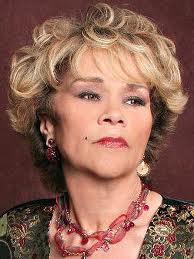 Etta James, the seminal R&B singer, is terminally ill, according to her doctor, Elaine James (no relation), who has cared for the singer at her home in Riverside since March 2010.

Dr. James told The Press-Enterprise in Riverside, Calif., that family members were told two weeks ago that Ms. James’s chronic leukemia could not be cured.

“I am Southern and Christian and would just ask for the prayers of her fans and friends,” Dr. James said. “They know she’s been sick, but not how sick.”

Etta James, 73, has been among the most celebrated American blues singers for decades, recording enduring hits like “At Last,” “Tell Mama” and “I’d Rather Go Blind.” Her career had its share of obstacles, including drug addiction, troubled love relationships and health and legal problems, but James continued to overcome.

James was inducted into the Rock and Roll Hall of Fame in 1993.