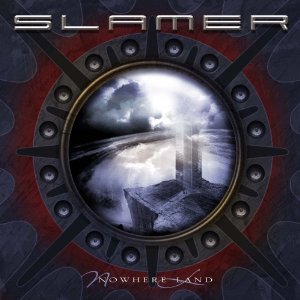 Multi-talented British guitarist Mike Slamer has had a rock career spanning more than a quarter of a century, working with Steve Walsh in Streets in the early eighties, and working with a variety of artists as a producer, player and songwriter, including Fiona, House Of Lords, Steelhouse Lane and Warrant. Slamer is currently a member of the band Seventh Key, also with former Kansas member Billy Greer.


Frontiers Records serves up Mike's latest effort, "Nowhere Land." This album is a superb effort, a genre-blending mix of melodic, hard and progressive rock. A great combination of mid-tempo numbers and some hard rocking tracks pace this album perfectly from beginning to end. Slamer shines on each track, and Billy Greer's vocals set a powerful, image-evoking atmosphere.

Many melodic rock fans have been listening to Mike Slamer for more than twenty years and just didn't know it. This album, sadly, will not see the light of day in the United States, but is available from our friends at NEH Records.