BRIDESMAID TO THE CARS 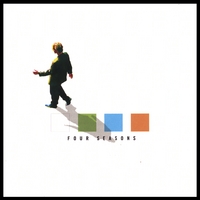 I'm sure all of you reading this have also read my review of the New Cars CD that was posted a few months back.

You all know how Todd Rundgren was called upon to fill the void left by Ric Ocasek.

What you may not know is that former Todd Rundgren opening act Doug Powell was also approached about being in The New Cars.

If The New Cars had stayed together and worked on new material, guess what? They would have had a hard time doing better than any of these tracks. The scary thing? Doug tossed these babies off as a creative exercise.

This was the last album we saw for a while from Doug as he took a hiatus from music to concentrate on his writing and graphic design business.

Not a bad highlight to go out on, a joy-filled send-off that most pop fans will enjoy, available from CD BABY.


GOD BLESS US ALL