Another artist I found myself revisiting as I upload my collection to the cloud is Brian Setzer, who got his start with the Stray Cats, achieving fame with hits like “Rock This Town” and “Stray Cat Strut.”

In between Setzer issued a couple of solo albums, the first of which, The Knife Feels Like Justice, was released in 1987. 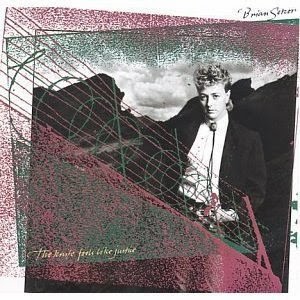 The lead single was the title track, and it was freakin’ awesome!

The album only hinted at the Cats’ rockabilly leanings, which was for me a refreshing change.

I remember hearing this song on the radio for the first time and starting to anticipate the record release.

I was still buying vinyl in those days.

Needless to day, side one got a little more wear because of that song.

Another song that really resonated with me at the time, "Chains Around Your Heart," could have come off of a Springsteen album.

Since that musical style was in heavy rotation for me back then, it only made me love the album more.


Another song I loved back in the day was "Boulevard Of Broken Dreams."  Revisiting this disc brought back a lot of memories, and it's one I need to break out more often.


The follow-up album was Live Nude Guitars, which contrary to the title, had no nude instruments of any kind-they were very chaste guitars, of the highest moral fortitude. 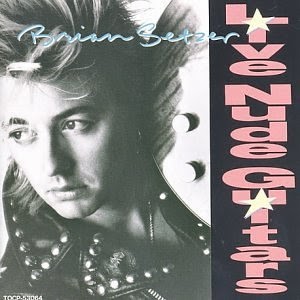 This album was more of a return to the rockabilly sound Setzer was known for, so while I did not (and still do not) like it as much as his solo debut, it was still a criminally overlooked release.

Setzer is having fun on this album, and his guitar licks are as good as on any of his albums.

"Nervous Breakdown" sounds like Brian is getting his George Thorogood on....


Sadly, both albums are out of print. You can pay through the nose on Amazon or eBay, or start scouring the bins of your local used store (I found both of my Japanese copies at Zia Records, and they have locations in Las Vegas...just in case you want to plan a vacation and a CD scrounging trip in one...)

Or, if you are so inclined, here is a clip of the entire album The Knife Feels Like Justice.

And here is the entire Live Nude Guitars album.

They are both worth listening to all the way through if you have the time.

Some reissue label may want to think about releasing these....