The CD's I'm listening to today all have roots in the City of Brotherly Love.
Having spent my first three decades and change as a resident of the Philadelphia metropolitan area, I still have a soft spot for Philly bands, vintage and new.

Back when I was exiting the institution of high school, one of the bands that was getting a lot of buzz was called Quincy, led by brothers Stephen and Brian Butler.

The band recorded an LP for Columbia Records in 1980 but their momentum was curtailed when producer/performer Quincy Jones saw the name 'Quincy' on the marquee at the Whiskey A Go-Go in Los Angeles, CA. He sent the band a trademark infringement 'cease-and-desist' order and Quincy were no longer allowed to use the name and broke up soon afterward.

The Butler brothers quickly formed a new band, Smash Palace, and signed with Epic Records in 1985. Their first self-titled LP was released in the fall of 1985 along with an MTV video of the first single, "Living On The Borderline."

When Smash Palace's A&R man left Epic Records in 1985 he convinced the band to follow him, but once the band left Epic, the offer from Polygram melted away.

After a decade of work as staff writers at CBS and BMG, the Butler Brothers reunited Smash Palace in 1999, and have continued to record and tour. 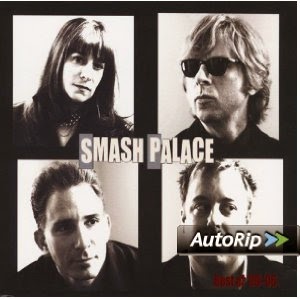 The band deftly combines 60's jangle-pop, 70's rock swagger and 80's new wave with a dash of 90's Brit-pop, and blends it all together with a hint of Philly attitude.

Although Kortes was already writing songs and poetry when she moved to New York, if was after her move that Amy Grant recorded Kortes’ song "Everywhere I Go" for her 1985 album Unguarded. 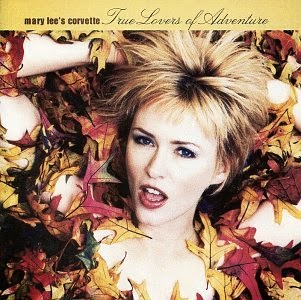 It's not every artist who can put out a low-budget, direct-to-two-track debut CD and land on the 1997 Top 10 list of the editor-in-chief of Billboard magazine. But that's exactly what Mary Lee's Corvette did.

Rolling Stone critic David Fricke once described Kortes’ voice as having “the high-mountain sunshine of Dolly Parton with a sweet-iron undercoat of Chrissie Hynde."

In recent years, Kortes’ band included Steven Butler (of Philadelphia’s Smash Palace), and I can hear you readers having an epiphany as you realize what connects the two bands.

Sadly, I could not find any clips of studio versions, so you'll have to settle for live versions.

If you're poring through a used CD bin and see one of the band's discs, I'd recommend it highly. Or you can go to their website.