WHERE ARE THE WORDS? 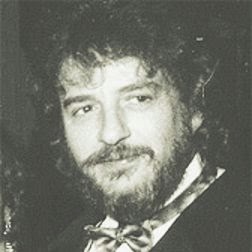 He was one of the greats, and while his was not a household name, along with his former wife and songwriting collaborator (whose name is a household name), Goffin wrote lyrics for such early rock-era classics as “Will You Love Me Tomorrow,” “(You Make Me Feel Like A) Natural Woman” and “Up On the Roof.” songs that have remained in the pop canon for decades.

You may have heard of Goffin’s co-writer, Carole King, with whom he penned more than 50 top 40 hits, among them Little Eva's “The Loco-Motion,” The Drifters' “Some Kind of Wonderful” and The Monkees' “Pleasant Valley Sunday.”

Goffin collaborated with other songwriters, among them Michael Masser, with whom he crafted such hits as the Oscar-nominated “Theme From Mahogany (Do You Know Where You're Going To)” and Whitney Houston's “Saving All My Love For You.”

“Gerry was a good man and a dynamic force, whose words and creative influence will resonate for generations to come,” said King in a statement. “His legacy to me is our two daughters, four grandchildren, and our songs that have touched millions and millions of people, as well as a lifelong friendship.

"His words expressed what so many people were feeling but didn't know how to say," King continued in her statement, "If you want to join his loved ones in honoring him, look at the names of the songwriters under the titles of songs. Among the titles associated with me, you'll often find Gerry's name next to mine."

Today, what I'm listening to, are songs written by Goffin and King.