Inspired by my recent comment exchange with Robin on Your Daily Dose, I have decided that it's time for a change, and I'm gonna cowboy up!

Yep, DiscConnected is moving to Nashville and goin' country!

The latest issue of Rolling Stone is devoted to country music, and includes their list of the 25 Greatest Country Songs of All Time. 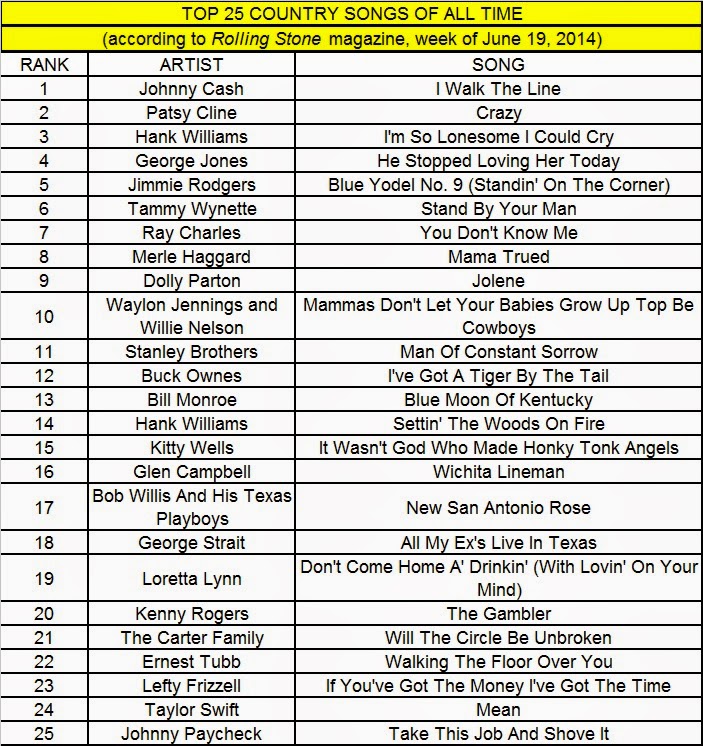 I am hoping some of you regulars who are more versed in the sound of the redneck nation...er, um...the south, will weigh in here, but I actually think for once, Rolling Stone gets it pretty close to right!

Most of what has passed as country for a few decades now is really pop, and I expected to see "Achy Breaky Heart" on this list, at which point, I would have promptly lost my lunch.

While I do not know all of these songs, I am familiar with most of the artists, and think they belong here.

Why they chose Tammy Wynette's cover of a classic Blues Brothers song did confuse me.

Even songs that border on novelty songs ("Take This Job And Shove It" and "All My Exes Live In Texas") are hard to argue with, in fact, I could make a case for "All My Rowdy Friends" needing to be here, except I am sure Stephen T. McCarthy will beat me to it.

I certainly would like to hear an argument against "I Walk The Line" being in the top spot.

My only real problem is at number twenty-four. Isn't Taylor Swift really just a pop singer? She's from Pennsylvania, although I give her credit for not faking a southern accent in the interviews I've seen (see my comments below).

But would we be talking about her if she did not look like this:

Seriously, when I think of Johnny Cash's version of "Hurt" not being on this list, it's hard to swallow anything by Ms. Swift being there, cute as a button though she may be.

And I have nothing against cowgirls. Look-here's another one!


Now for the record, I know I may a lot of country music jokes, but I am really not a hater, it is just not my favorite genre of music (but it's ahead of rap).

Although the ladies do love to dance to it...


But there are some reasons for my opinion on the genre, and like The Man With No Name, I am ready to defend my position!


I recognize that there are many fine songwriters in country music (always have been). The genre has two traits that make it difficult for me.

First and foremost is the guitar tuning-the twang is a signature sound for country music, but I just hate the way it sounds.

Webster defines twang as "harsh," and it sure sounds that way to me.

If you go back and listen to any 70's era Skynyrd album, the twang is the only thing separating the band from most of today's country artists.


When the twang is less pronounced, I like the music a lot more.

What can I tell you? That's my preference!

Plus, go back a few posts and look at my CD collection already-where the heck would I put any more?

My second issue is with people who do not normally speak with a southern drawl who "put one on" because they are now country artists.

That includes you, John Eddie-you started out at the Jersey shore, and you went from saying "Yo Faithful" to "Y'all." 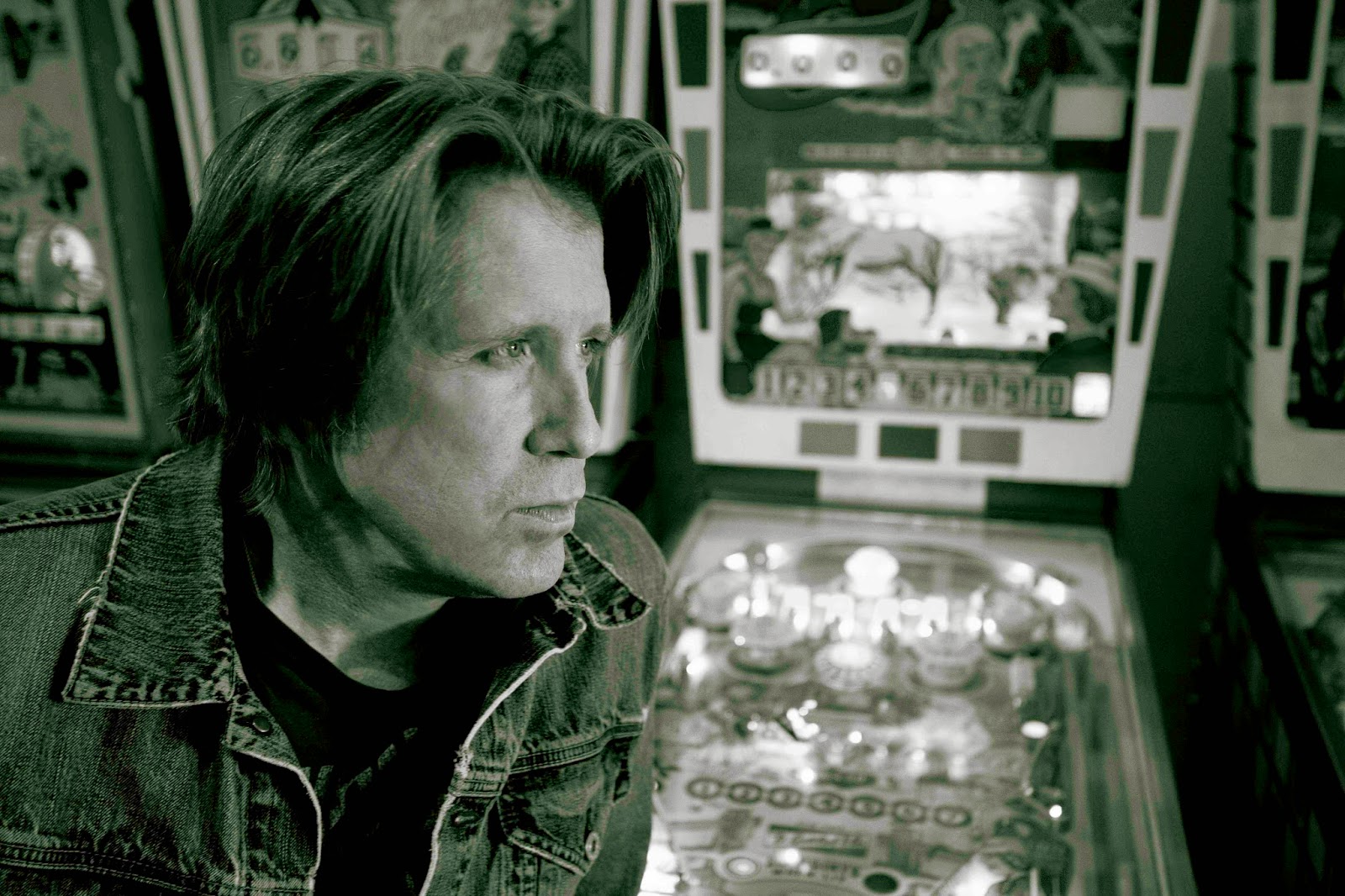 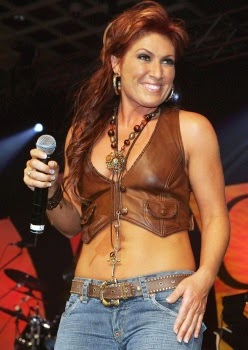 Same to Jo Dee Messina (a lot of southern accents in Boston, honey?) and Shania Twain (you're from Windsor, babe-a Detroit accent, maybe!). 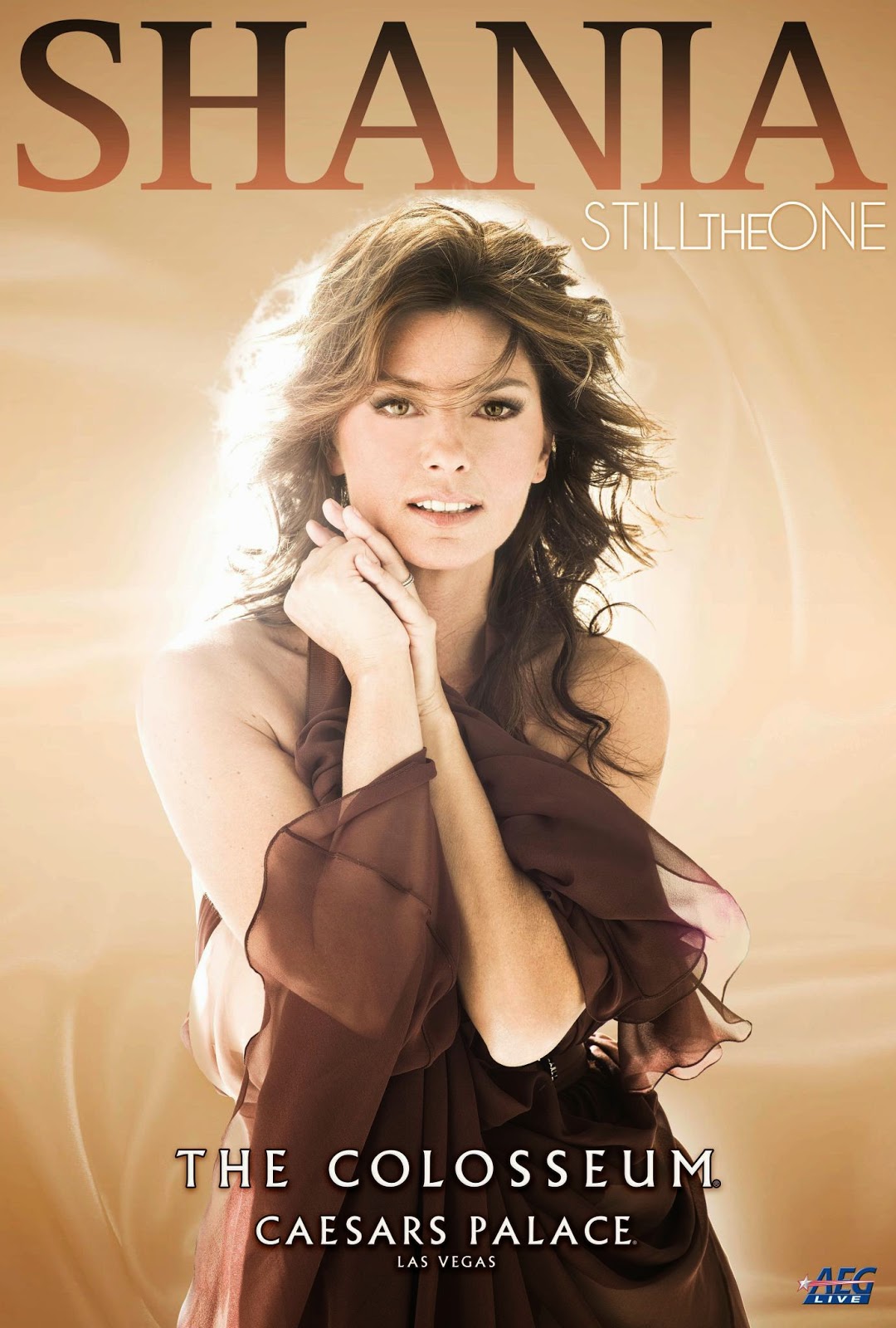 Just talk the way you talk, and let the music speak for itself!

And if you can manage to muffle the twang, so much the better!

And now, in classic country fashion, I am gonna ride off into the sunset!

One of Darius Rucker's solo songs...the guitar tuning has the country twang, but his voice sounds just like it did on the Hootie & The Blowfish records...which is why I own his "country" records.


Ditto for Sheryl Crow (although she's so sexy, I'd almost forgive a fake country accent in her case...may not even notice!).

If all country singers would just be comfortable with their own voices and stop being posers (if you didn't have a southern accent before you were a country singer, you shouldn't have one now), I'd respect their work a lot more.

Here's an example of a rock song that with a nudge (or a twang) would be a country tune (from Tom Kiefer, frontman for Cinderella).


In fact, his lead guitar is real close to twanging....

And now, I am off to a hoedown! Catch y'all later!