Another artist I am reminiscing with as I work my way through my collection is Charlie Sexton.

Back in the mid-80's, Charlie had a Top 20 hit with "Beat's So Lonely," from his debut album, Pictures For Pleasure, (the album charted at number 15) recorded when he was 16 years old.


Pictures For Pleasure does not hold up well for me; the 80's production style sounds dated in 2014. There are good songs here that get lost in the production, and the album does not do Sexton's guitar playing justice.


He went on to open for David Bowie on the Glass Spiders tour, and became an in-demand session musician.

Sadly, Sexton's talent seemed to be lost amid all of the hype, and the eponymous follow-up did not break the top 100.

He released subsequent albums that received critical acclaim but not commercial success, and is probably best known as the guitarist in Bob Dylan's touring band (1999-2002, 2009-2013). 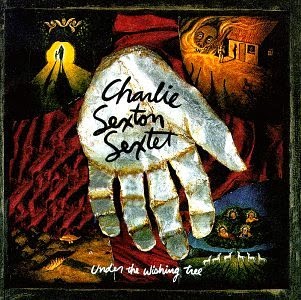 1995's Under The Wishing Tree is a better place to start your Charlie Sexton listening experience (although his 1992 stint with Arc Angels should not be missed), as this is an album full of stories that seem to blend together in a discernible theme.

This is one to put on the player and plan to spend the next seventy minutes listening.

Catch you on the flip side...