Diving into the deepest corners of my CD room...

Here are a couple of CD's that made their way off the shelves and into rotation.

If she’s country, she’s one of the few who does not have the dreaded twang-I’d have just called her “singer-songwriter,” “folk,” or maybe “roots.” 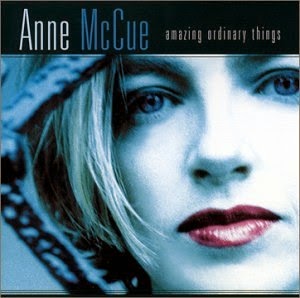 In any event, I took her 1989 solo debut, Amazing Ordinary Things, off the shelf and gave it a spin one day while working from home, and was pleasantly surprised-it was a lot better an album than I remembered.

In fact, I liked it enough to play it twice!

McCue had toured this album with Lucinda Williams, which could be where the “alt-country” label originated.

Take a beautiful voice, blend in well-written songs with great lyrics and melody, and add a pinch of expert production, and you’ve got the recipe for a great album.

It feels like every note is in the right place-no filler.

I followed Anne up with one of the few jazz titles in my collection, Lou Marini’s Starmaker, a collection of eight originals ranging from jazz to blues and other related genres. 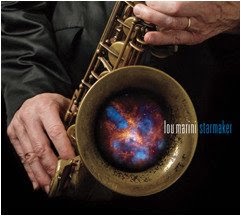 Known by the moniker "Blue Lou," Marini was in the original "Blues Brothers" ensemble and has played with pretty much everyone (Blood, Sweat and Tears, guitarist/composer Frank Zappa, singer/songwriter James Taylor).

Marini alternates between turns on three different saxophones with soulful vocals, laying down some funky grooves and setting the stage for some incredible solos.

All in all, the album is engaging, although a little short on thematic unity.

Still, it makes for an enjoying listen.

I could not find anything from the album out there, and still have not figured out how to get my own sound files onto this blog (anyone who can help, I have a lot of music to share...), so you will have to settle for this live rendition.