It's a new year, and while I'm a couple weeks late, time for resolutions. Mine is the title of today's post, back to basics.


I've been going through my insanely large CD collection and taking the CD's out of the jewel cases and putting them in little plastic sleeves. This will give me a lot more shelf space and allow me to gets things out of boxes and back onto the shelf, where they'll have a chance of being listened to again.

As a result, I've been revisiting some older CD's and some of those spins are finding their way on to this blog in the form of CD reviews, as well as some more recent acquisitions that deserve attention.

Which was why I started blogging (on My Space back in 2006) to begin with.

My reviews are not the typical critical review-I'm far too lazy to invest that kind of time! I usually try to describe what I think the band sounds like and why I like the disc. Hopefully it gives the reader enough to go seek out sound bytes or a copy of the album if what I say seems remotely interesting.

I actually did turn some people on to new music on that site-while I did not reach millions (I had 4,000 My Space friends, but many were already musicians), I did reach a few.

If just one person gets the same charge I'm getting right now listening to "Pardon Me," the major label debut from Jonathan Tyler And The Northern Lights, well then this is time well spent.

And now, a back to basics review! 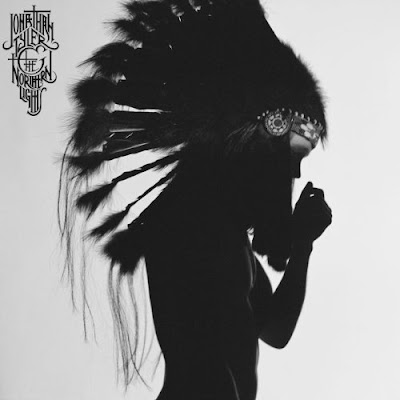 The Lewisville blues-rock outfit Jonathan Tyler And The Northern Lights delivers a powerful major-label debut CD, opening with a trio of scorchers (the title track, "Young & Free" and "Young Love") and never really lets up. Think an updated Black Crowes sound that feeds on raw energy. Having already conquered Dallas with their indie collection of Southern rock-meets-classic rock anthems, Pardon Me is the band's formal introduction from Atlantic Records. Sadly, I cannot find a copy of "Hot Trottin," the indie release, at a reasonable price (and I don't do downloads).

The 'Pardon Me' sessions were recorded live in Nashville with producer Jay Joyce (known for his work with Cage The Elephant, John Hiatt, Patty Griffin, Audio Adrenaline, Crowded House) with a focus on giving the songs room to breathe and feel alive. It sounds like the band expended just as much sweat and passion in the studio as they do onstage. This is bluesy groove rock from a great band that just needs some air time and deserves a listen. Great guitar work, and the drummer and bass player create a great groove in a rock-solid rhythm section. In this day of musician wanna-be bands and American Idols, these guys are the real deal, and deserve to be big.

Why? Well everything's big in Texas!