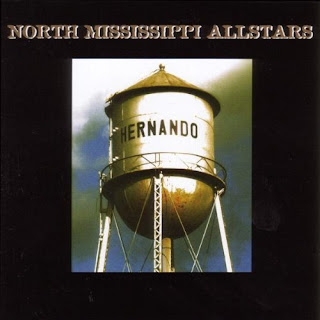 Combine the fatback guitar tone of Eric Clapton during his Cream days with the slap-back rhythms of the delta, and you’ve got the spontaneous combustion that are the North Mississippi Allstars. On Hernando, their 2008 release, the Allstars get back to basics, revisiting the mean swamp blues that the Dickinson brothers do so well, which should leave longtime fans pleasantly surprised by cohesiveness of this album that only seems to be lacking any weak tracks.


The band's first studio album on their own label, Songs of the South Records finds the Allstars are at their nastiest and best. Named after the town the trio (Luther-guitars, vocals and Cody Dickinson-drums, and bassist Chris Chew) grew up in together, this album ranges from foot-stomping Allstars anthems to Mississippi blues-rock with plenty of middle ground. All in all, this may be the first great album of the Allstars catalogue.

Their new record, Keys To The Kingdom drops early next month.