BACK ON MY FEET AGAIN 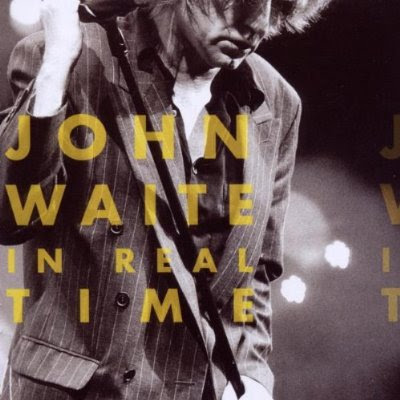 
While long time fans continue to wait on legendary vocalist John Waite to release his next album (due later this month), this live compilation was released to tide them over.

"In Real Time" is a warts and all recording, with little (if any) overdubs, but sadly it only features 10 tracks, barely an EP considering compact disc capacity. This really could have featured another ten songs.

Waite is one of the best vocalists in the business, and this disc features a cover song (Led Zeppelin's "Rock And Roll", three Babys tunes, two Bad English tunes, and four songs from his nine solo albums. Sadly, the brevity of this disc leaves me wanting too much more, because so many classic songs from a hit-filled catalogue were left out.

But the performance is solid with a lot of energy, and while John's voice cracks in a few places, it shines brightly on the rest of the disc. A must have for all JW fans, and an all-too brieft snapshot of a long and illustrious career.