A GOOD EFFORT BUT JUST NOT GIANT 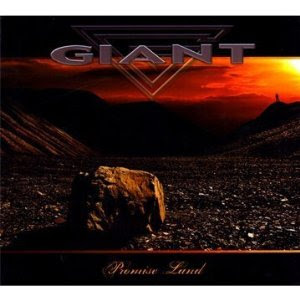 Since their 1989 debut Last of the Runaways, Giant has been one of the most highly regarded bands in the AOR/melodic rock community. Formed by brothers Dann and David Huff, the band released a pair of classic melodic rock albums as the ‘80s came to a close, and then reappeared briefly in 2001 with a new album and some live appearances.


Since then, Dann Huff has become a sought after producer, with Faith Hill and Shania Twain are knocking at his door. As a result, he didn’t have the time to commit to Giant, and the guitarist/vocalist/primary songwriter of the previous three Giant albums is no longer in the band. Giant without Dann Huff is not quite so Giant, even with reknowned vocalist Terry Brock (Strangeways, Seventh Key) filling his shoes for the 2010 release, Promise Land.

This incarnation of Giant features founding members David Huff and Mike Brignardello and Winger guitarist John Roth in addition to Brock whose (Strangeways, Seventh Key). Brock’s presence alone makes Promise Land worth checking out, and having songwriting contributions from Dann Huff does not hurt. While Promise Land is a very solid melodic rock album, with several seasoned veterans of the day involved, something is missing in order to call it Giant..

The songwriting, production, musicianship and vocals are all solid-heck, Brock has one of the better voices in melodic rock, and he turns in a first class performance here, but as good as the album is, it's missing the heart and soul of Giant. David Huff would have been better served starting a new band, because without Dann Huff this just isn’t Giant. For melodic rock fans, definitely worth buying, but for an introduction to Giant, you would do better to seek out the aforementioned "Last Of The Runaways."