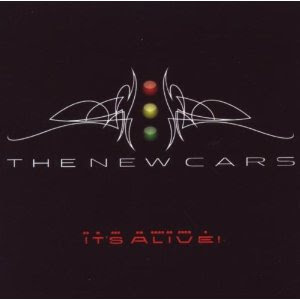 The first Cars concert in two decades took place in front of an invite-only audience in January in Burbank, California. Several tracks from that show are the centerpiece of the New Cars album, "It's Alive," from Eleven Seven Music. The disc also features three new tracks, "Not Tonight," "Warm," and "More."


But who are these New Cars, who are playing those songs that bring up eighties memories, and who is this guy who sounds so much like Ric Ocasek?

From the suburbs of Philadelphia, Todd Rundgren has enjoyed a prolific and sometimes successfully career as a musician and producer, among other things. Members of Rundgren's loyal following (I admit it-I am one) will not show any surprise at Rundgren's often chameleon-like musical ability-just look at Utopia's 'Deface The Music' and his solo 'Faithful' albums for proof.

When Ric Ocasek declined to be part of a reunion, Cars guitarist Elliot Easton and keyboardist Greg Hawkes drafted Rundgren to front the band. Longtime Rundgren affiliates Kasim Sulton (singer/bassist in Utopia and on countless Rundgren and Meat Loaf tours) and Tubes drummer Prairie Prince (also a face on many recent Rundgren outings) round out the lineup.

The live songs effectively mimic the Cars original sound with a Rundgren twist-of particular quality is Kasim Sulton's lead vocal on 'Drive,' which was originally recorded by Benjamin Orr.

Of the new songs, 'Not Tonight' achieves the Cars sound, while the other two songs ('Warm' and 'More") would sound at home on any Rundgren disc. The new material suggests the New Cars could be a worthy vehicle for Rundgren's polished pop instincts should the group stick together beyond summer touring.

Overall, a must have for Cars or Rundgren fans, or a good tour souvenir if you attended their summer tour with Blondie.