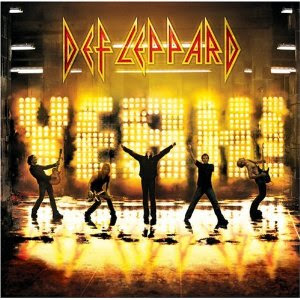 Since I first heard of this release, some eighteen months ago, everyone who seemed to have gotten their hands on demos expressed disappointment in the covers album concept. I must admit that my feeling is if a band takes years to complete an album, it ought to be of original songs.


I am a Def Leppard fan, and while I don't hate the album, I do hate the covers album concept. That said, this album is not bad. It is a very 'true to the original' type of tribute release-the songs are faithful reproductions of the original tunes capturing the spirit of the originals rather well. While I don't see it staying in rotation in my player as long as 'X' or "Adrenalize,' it is not a bad listen while we wait for an album of original material

Following are some of my thoughts on the better tracks and a round up of the various bonus tracks available.

The standout track is 'No Matter What' (Badfinger). This track was also included on the "Rock Of Ages" collection. One of the best pop songs ever written given a slight edge.

'Hanging On The Telephone' (Blondie) is one of the few instances where the band may have improved upon the original. This version is polished and the chorus harmonies and lead guitar suit the band's style. And it's just a gutsy song to elect to cover.

'Waterloo Sunset' is a great track -how can you go wrong with The Kinks? The tone and the delivery is near perfect, making this the most 'Leppard' of all the tracks covered.

'Hell Raiser' (Sweet) is a good change in tempo. The album needed a rocker at this point and that's what you get, with added vocals from The Darkness' Justin Hawkins.

'Little Bit Of Love' (Free) was a good choice for the album and a chance for the band to include a good commercial rock track that most will be familiar with. And at least they did not select "All Right Now' or the oft-covered 'Wishing Well.'