The first-ever TODD & HEALING ALBUMS LIVE concerts in September 2010 were a huge success and the reviews were oustanding including many "best ever" from fans that have been going to Todd concerts for decades! A large LED display and lasers were on display throughout the shows with Todd and the band dressed in extravagant costumes. Todd brought out his SG Gibson "The Fool" replica guitar and even performed a few songs while playing the piano. The music was outstanding with an all-star band consisting of Jesse Gress, Greg Hawkes, Prairie Prince, Bobby Strickland, and Kasim Sulton. Local choirs, led by Choir Master Dirk Hillyer, joined Todd and the band during parts of the HEALING set and added a brand new element to the music for fans that had only heard it by listening to the album. The shows closed with the song, "Sons Of 1984" which included fan participation even after Todd and the band left the stage! 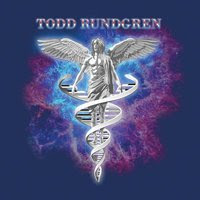 All concerts are being presented by RundgrenRadio.com. Ticket information will be available on the http://www.sonsof1984.com/  site and during RR weekly radio shows.