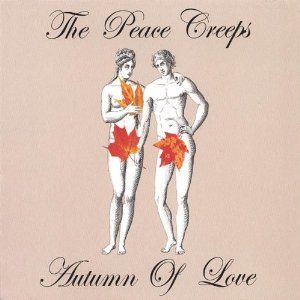 My first listen to the debut album from The Peace Creeps, "Autumn Of Love" was like a reunion with an old college friend. I wore out the grooves on the A's albums back in the day, and listening Richard Bush's vocals on the lead track, "Bulletproof," felt like two old friends picking up where they left off.


As the album progresses, the Creeps develop into a very different sound from the A's, as the music successfully blends elements from the last few decades. I hear British Invasion (Beatles, The Kinks, and Rolling Stones) and American rockers (Byrds, Big Star, Hendrix) all shaken together (not stirred) with a contemporary sound.

The Peace Creeps have arrived with fourteen tales of the human condition. A quarter century ago, Richard Bush sang "Life was so simple when we were kids. Now that we're older it's more complex". "Autumn Of Love" builds on that thought.

This album is definitely worthy of being added to your collection-pick it up at CD Baby (http://cdbaby.com/cd/peacecreeps)