D IS FOR DRIVE-BY TRUCKERS “BRIGHTER THAN CREATION’S DARK” 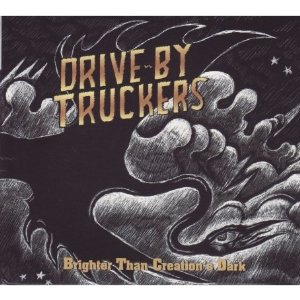 The Drive-By Truckers return with "Brighter Than Creation's Dark," an overflowing song bag of an album by Lynyrd Skynyrd's bastard step-children. This is their best effort since 2004's The Dirty South, and their first since the loss of tenor-songwriter Jason Isbell.


Knowing he has to carry the team, Patterson Hood is at the top of his form, and delivers yarns portraying domestic life as celestial respite, complete with endless struggles and occasion to drink. Darker songs deal with crystal meth and suicide, and there's a memoir of an opening act on the road and two obligatory Iraq songs.

The Truckers let the songwriting speak for itself, and it speaks well. Says Patterson Hood, "It (the new album) was written, learned, played, mixed and mastered for vinyl." You may want to check out the 2 LP version if you've got a turntable to spin it on.

Check out "Two Daughters And A Beautiful Wife"