I IS FOR ICON-“NIGHT OF THE CRIME”

Links to sound bytes or video clips are in red font. 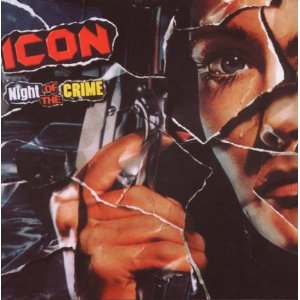 Another classic re-issue from Rock Candy Records, "Night Of The Crime", Icon's second album, is considered a classic in its genre. Thanks to the efforts of Ron Nevison (mixing) and Bob Halligan (writing), "Night Of The Crime" was a big step forward from the self-titled debut.


The album featured many highlights that makes one wonder why the band was not bigger twenty years ago.

Sadly, immediately after the release, vocalist Stephen Clifford announced that he was quitting the band. Although a replacement was quickly found, the band was soon dropped by the label.

A solid album from one of those bands that should have made a bigger splash.