X IS FOR XTC “SKYLARKING” 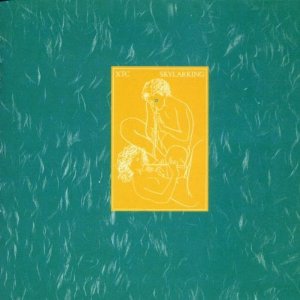 XTC are an English new wave band whose career lasted 20 years. Although they have rarely troubled the charts, many of their albums have been critically accaimed, and they have a sizeable and keen fanbase.


"Skylarking" is the Holy Grail of lost treasures of 1980s music, a song cycle which depicts a young man's rite of passage through the seasons of love into heartbreak and eventually disillusionment.

Producer Todd Rundgren is the cement that keeps "Skylarking" from imploding under the weight of its big ideas, with some vocal tracking that rivals some of Brian Wilson's most inspired harmony mixes of the "Pet Sounds/Smiley Smile" era, but manages to still capture the esessence of XTC's eccentric pantheistic vision.

The original album as it appeared back in 1986 did not include Dear God, a B-side to the Grass single that became a college radio hit in the U.S. That resulted in a U.S. release that included Dear God at the expense of Mermaid Smiled. The 2002 remaster CD includes both tracks.

Skylarking stands out from all their other albums, due to the marriage of Rundgren's production techniques ad the writing skills of Partridge and Moulding. There was the inevitable clash of egos between Partridge and Rundgren, but years later Partridge admitted that the album was better for Todd’s involvement.

Whatever the label, this one is a no-brainer!