AND NOW FOR SOMETHING COMPLETELY DIFFERENT... 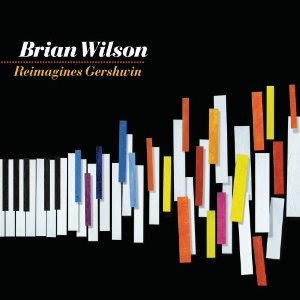 Time to put that ferrett-faced-fascist guy to work!


Yep, that's right, the review for today's CD is the work of none-other than Stephen T. McCarthy, he of the "Stuffs" and "FFFF" blogs.


In a hastily scrawled note on a cocktail napkin (well it was a regular napkin, but cocktail napkin sounds so much cooler), Stephen's ad-hoc review of the new Brian Wilson CD, "Brian Wilson Reimagines Gershwin" was far better than anything I'd have come up with, due to Stephen's greater interest in the music genre and his greater passion for the artist (BW is to Stephen T. as Todd Rundgren is to me).


So without further fanfare, here, in McDogg's own yakkin' style, is what he had to say:

I hadn't even heard about this.

I knew from a couple of biographies I've read that Gershwin's "Rhapsody In Blue" has indeed always been his favorite songs since he was essentially an infant.

He modeled the Beach Boys on the sound of the Four Freshmen but his big hero was Phil Spector & "Rhapsody In Blue" was the love of his life.

I was a little disappointed in this at first. "Rhapsody" should have been more fully developed. There was no way he was gonna touch Mahalia Jackson's take on "Summertime" not Miles Davis' version on "I Loves You Porgy."

But things really picked up with "I Get Plenty O' Nuttin'" and got fabulous with "It Ain't Necessarily So," and then to turn "S' Wonderful" into a bossa nova piece amid all the typical inventiveness that his genius applies to arrangements in the stuffs that follows…the guy is certainly a national treasure. Best version of "S' Wonderdful" ever!

"They Can't Take That Away From Me" done a la early rock 'n' roll doo-wop-who'd a thunk it? Probably my favorite version of that song, too.

"Our Love Is Here To Stay" still goes to Natalie Cole IMO, and I still don't like "Someone To Watch Over Me."

What's up with that song?

Why is it so danged popular?

It's been covered a million and two times, but there's nothing to it.

The supposed melody is flat and boring, the lyrics are sentimental tripe, and no man should ever sing the line, "I'm a little lamb who's lose in the woods."


Postscript-I agree with Stephen that no man should ever sing that line. I've always thought of "Someone To Watch Over Me" as a song to be sung by a woman.

Real men do not compare themselves to little lambs. Not even to get a woman into bed. Never. Under any circumstances.

Thanks, Stephen, for the note and the permission to post it.