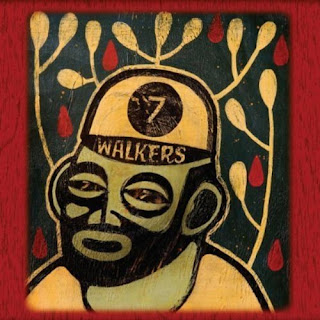 
The band plays loose and rootsy in a manner that will appeal to jam band fans (Deadheads take note), and if Kreutzmann in the mix were not enough of a selling point, the lyrics were written by a gentleman named Robert Hunter. There's even a guest vocal appearance by Willie Nelson on "King Cotton Blues."

Mali's vocals are in the Tom Waits/Louis Armstrong/Muddy Waters vein, and suit the music well. 7 Walkers is organic and original music that goes for the creative jugular. Full of imaginative lyrics and music that blends quite a few styles, but amid all of the undercurrents, manages to coalesce into something new.